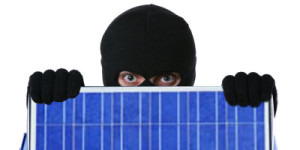 Can DEMCO Legally Steal Solar?  This is the question many people are asking.  Any DEMCO homeowners that installed solar after July 13, 2015 have been told that they will no longer get true “net” metering.  (NET metering by law is where you are charged for the NET difference between what you produce with solar and consume)

The “net” meter will be installed by DEMCO, and the homeowner will be grid connected, but any instantaneous excess generation will be kept by DEMCO.  They have told their “members” that they aren’t doing net metering anymore since they reached 0.5% capacity per the Louisiana Public Service Commission (LPSC).  Read it here:  demco net metering

Unfortunately, according to PURPA (the Public Utilities Regulatory Policies Act of 1978), utilities must, at a minimum, credit a producer of power the wholesale rate.  DEMCO says no.  DEMCO will take it and resell it at retail to other “members” without any credit to the solar owners that paid for the solar to produce the power!  Sounds illegal, right?

What do we think they are doing?  Probably by ignorance of federal law they are pocketing thousands of solar homeowner kilowatts and reselling them to other members for profit.

What will happen next?  DEMCO will probably stall out responding to the complaints about this until the LPSC establishes new rules for Net Metering in early 2016.

Until then, thanks DEMCO.  Way to go.