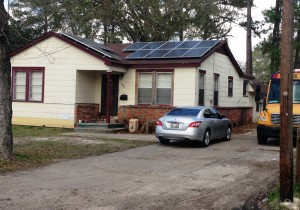 (Originally published on August 26, 2014.  Republishing in response to the article today about Posigen)

Solar – specifically “leased solar” has exploded in a number of low income, predominately minority neighborhoods in Louisiana.  In Baton Rouge, it is the North Baton Rouge and Scotlandville areas.  In New Orleans, it is along the interstate, New Orleans East, and Lower 9th ward.  At first glance, this could be seen as evidence that these low income homeowners have been able to take advantage of state and federal tax credits to be able to enjoy the benefits of solar energy.  A closer look at the leasing contracts shows that these homeowners are the ones being taken advantage of. 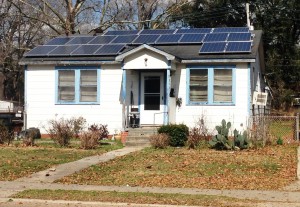 The homeowner is told that the system will reduce their electric bills.  In return, the homeowners must hope that the solar system produces enough electricity to lower their bills an amount at least equal to their payment.  Depending on their particular installation they may save a few dollars, break even, or lose money.  The solar leasing company, on the other hand, who has already recovered the full amount from the tax credits and more, is guaranteed to receive the monthly lease payments, which are pure profit.

A public search of the 2013 solar permits in East Baton Rouge parish reveals that 66% of the permits were pulled by a single installer that was subcontracted to a leasing company that they share a building with.

The majority of the permits that they pulled were in low income neighborhoods with houses appraising in the 40’s (see map). This would make the solar “valued” at nearly half as much as the house.  This type of “improvement” to a home makes no economic sense.   Are we helping or hurting the ones that need help the most by strapping them with a lease?  They then can’t sell their house without someone assuming their solar lease.  They may or may not lower their electric bill by the $60 they are committed to pay every month.  If they miss a payment it could be very bad.  They don’t get their REFUNDABLE cash state tax credit or federal tax credit.  They are GIVING $20,000 away when they sign the contract on a system that may be valued at (honestly) only $12,500. 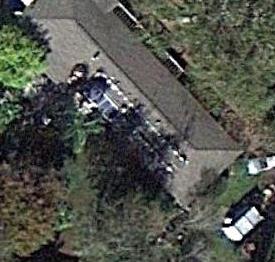 There is never a mention of the brand or quality of the modules being installed.  Since the low income neighborhoods are typically blanketed with “solar ambassadors” (door-to-door salesmen) the homeowners never shopped to see if it was a good deal for them.  They were just caught off guard with something that sounds too good to be true.

The leasing companies will subcontract the installation out to someone that has agreed to do it as cheaply and temporary as possible.  They don’t care about roof condition, tilt, orientation, shade, electrical system condition, etc.

It would appear that the solar “ambassadors” trolling these low income neighborhoods are, in fact, predators, scamming their clients.  There should be an outrage in these communities as they are being victimized in the name of “helping those that need it the most”.

How can we help?

Education.  We need to get the message out to the community of potential leasing customers:

1. Always demand to see in writing, both the amount of the 30% federal tax credit and the (AT THE TIME) refundable 50% state tax credit that you’re forfeiting with the lease.

2. Always demand to see in writing, the price of the system that the solar lease company will use to claim your tax credit.

3. Always demand to see in writing, a statement that backs the solar lease company’s claim that you’re home will be easy to sell with a solar lease attached to it. This is critical because many home sellers are now complaining of difficulties when trying to sell homes that are tied to a solar lease.

4. Always add the amount of the 30% federal tax credit and any refundable tax credit and the 10 years worth of lease payments and any annual payment escalator together to determine your actual lease cost when comparing to the cost of a purchase.

5. Never, ever sign a solar lease without comparing your total rental cost to at least 3 separate purchase quotes. And never sign a lease contract without a review by both an attorney and your accountant.

Are solar leasers targeting low income and minorities?  You decide.