Look to California for the Green Future 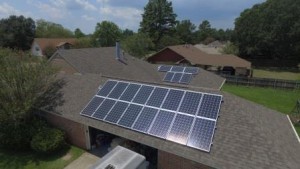 Many years ago (14 as of this writing), I converted my hobby of solar power into my business.  My team has been able to get hundreds of people powered with solar as a result.  When I looked to California for guidance, I realized they had “net-metering” and we didn’t. I immediately wrote legislation in 2003 so that Louisiana could head towards a green future as well.

Fast forward to 2016:  As I have watched the systematic dismantling of our net-metering law here in Louisiana, I again looked towards California to see what they are doing.  Not only has their solar been under attack, but I found that most of the US is as well.  California has a higher percentage of grid-tied solar than LA, and was the first state to exceed 5%.  Our Louisiana utilities started shutting solar net-metering down when we hit only 0.5%.

The California Public Utility Commission (CPUC) voted last week on a compromise plan between solar and utilities.  At first, the CPUC was going for payment of only 2-3 cents per kilowatt-hour, similar to the “avoided cost” Louisiana is trying to force us into.  However, it was decided that simply a “reasonable” minimum grid connect fee was better for all.

If we were smart, and we wanted a green future, and we don’t want to reinvent the wheel, we should “Look to California for the Green Future” and model our net metering “2.0” after theirs.  It sure would save time and money.